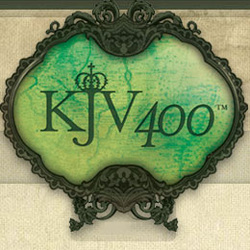 If you are smart enough to point out the “errors” in the King James Bible, why don’t you correct them and give us a perfect Bible?

Oops – I forgot you don’t have a perfect Bible.  You believe the only perfect Bible is somewhere in heaven or in the forever lost “originals” or autographs.

Since you don’t believe there is a perfect Bible available anywhere why do you refer to some version as “God’s Word”?  If it is not perfect it doesn’t belong to Him.

Who taught you that the King James Bible is not perfect?  The Holy Spirit?  Your alma mater? Some professor? A friend?

Since you presumably do not believe in evolution and believe instead in degeneration or devolution why do you think that man has evolved in his intellect since 1611 and is capable of producing a “more perfect” Bible now than then?

There is only one true God and one true Church and many false gods, churches and false believers so why do you believe there is not one true Bible when you know there are many false bibles?

Why do you refer to “the Greek text” when there are many Greek texts?  Aren’t you lying?!

How do you know which Greek text is God’s Word and words?

Since God promised to preserve His Word and words there must be a preserved, perfect copy available to every generation.  Where is that perfect version in English today?

If it isn’tthe King James Bible, which one is it?

Ps. 12:6-7   The words of the Lord are pure words: as silver tried in a furnace of earth, purified seven times.   7 Thou shalt keep them, O Lord, thou shalt preserve them from this generation forever.

NIV – you will keep us safe

NASB – Thou wilt preserve him

NRSV – You, O Lord, will protect us

REB - you are protector

LB – you will forever preserve your own

Why are the translators, paraphrasers, “dynamic equivalent” scholars so deceitful when they add to God’s Word and words by not letting you know which are their words and which are God’s words?  The King James translators used italics to show you what they added.

It is interesting that when italics were used in the Old Testament in the King James Bible, New Testament writers quoted those italicized words as if they belonged there!

The King James Bible is supported by far more evidence (some 5300 pieces of MSS evidence, with over 95% support for the KJB).  The changes in the new “versions” are based on the remaining five (5!) percent of MSS, most of which are from Alexandria, Egypt.

Can you prove the King James Bible is NOT God’s Word and words?

Why continue to use red herrings to discredit the King James Bible, e.g., that it contained the Apocrypha in the original publication (with a disclaimer stating they were not inspired) when you know the W & H text contains them without a disclaimer?

Vaticanus was available to the King James translators, but they had sense enough and Spirit direction enough to cast it aside!

Vaticanus omits the entire book of Revelation, but includes such “gems” as the Shepherd of Hermas and the Epistle of Barnabas in the N.T.!

Siniaticus has been edited by at least ten different men and is a very sloppy piece of work.

Vaticanus and Sinaiticus not only differ with the Traditional Masoretic Text and Textus Receptus, but also differ with each other again and again, literally thousands of times.

Why would any true Bible believer follow Westcott and Hort knowing they were evolutionists, unbelievers and involved in the occult.

Every “version” other than the King James Bible, corrects the Traditional Texts of Scripture using W & H or Vaticanus and Sinaiticus!  Including the NASV and notorious NKJV.

Another “red herring” often used by KJB correctors and detractors are that those of us who trust the King James Bible believe in “double inspiration.”  Fact:  neither the original writers of Scripture were “inspired” nor were the King James translators!  Only the WORDS are inspired.  2 Tim. 3:16 “All Scripture (graphe) is inspired…”

Quit pretending that Acts 12:4 should have been translated Passover and not Easter when everyone (see context) knows that Passover had already taken place! Easter was a Roman holiday and was recognized as such by Roman society and by Jews alike.  Don’t even drag out the “inconsistency” argument when the new version translators are consistently inconsistent whenever they want to correct the text of the King James Bible!  Hypocrites!

Jesus said:  “Man shall not live by bread alone, but by every word that proceedeth out of the mouth of God.”

DO YOU HAVE AN “EVERY WORD” BIBLE?